Sven Anderson (b. 1977) is an artist working between Ireland and the US since 2001. Anderson’s practice operates through artistic intervention, participatory actions, collaborative research and interactive design. His installations and performances respond to details of the built environment, the bodies of the audience and fragments of local history and ecology to suggest emergent, site-specific forms. Anderson develops projects in which different voices and perspectives surface together, prioritising shared authorship and collaborations that converge on systems articulated in public space.

Anderson is a member of Annex, an interdisciplinary design collective that has been selected to curate Ireland’s pavilion for the 17th International Architecture Biennale at Venice in 2021.

Anderson’s permanent sound installation Continuous Drift explores new ways of integrating sound in the public realm, situating works from over 30 artists in an active city square. His public artworks The Manual for Acoustic Planning and Urban Sound Design (MAP) and The Office for Common Sound (OCS) probe the potential of the artist as urban planner and municipal resource. In 2014, Anderson’s work received the European Soundscape Award issued by the European Environmental Agency. Through this work with sound, architecture and public space, Anderson creates active interfaces between artists, architects, urban planners and communities, identifying spaces for sustainable research and production.

Anderson is a researcher at the Graduate School of Creative Arts and Media (GradCAM) at TU Dublin. He convenes the course Vibrant Forms: Reconsidering the Built Environment Through Sound at the National College of Art and Design (NCAD) in Dublin, and has delivered presentations on sound, architecture and urbanism at conferences, universities, and design institutions around the world. 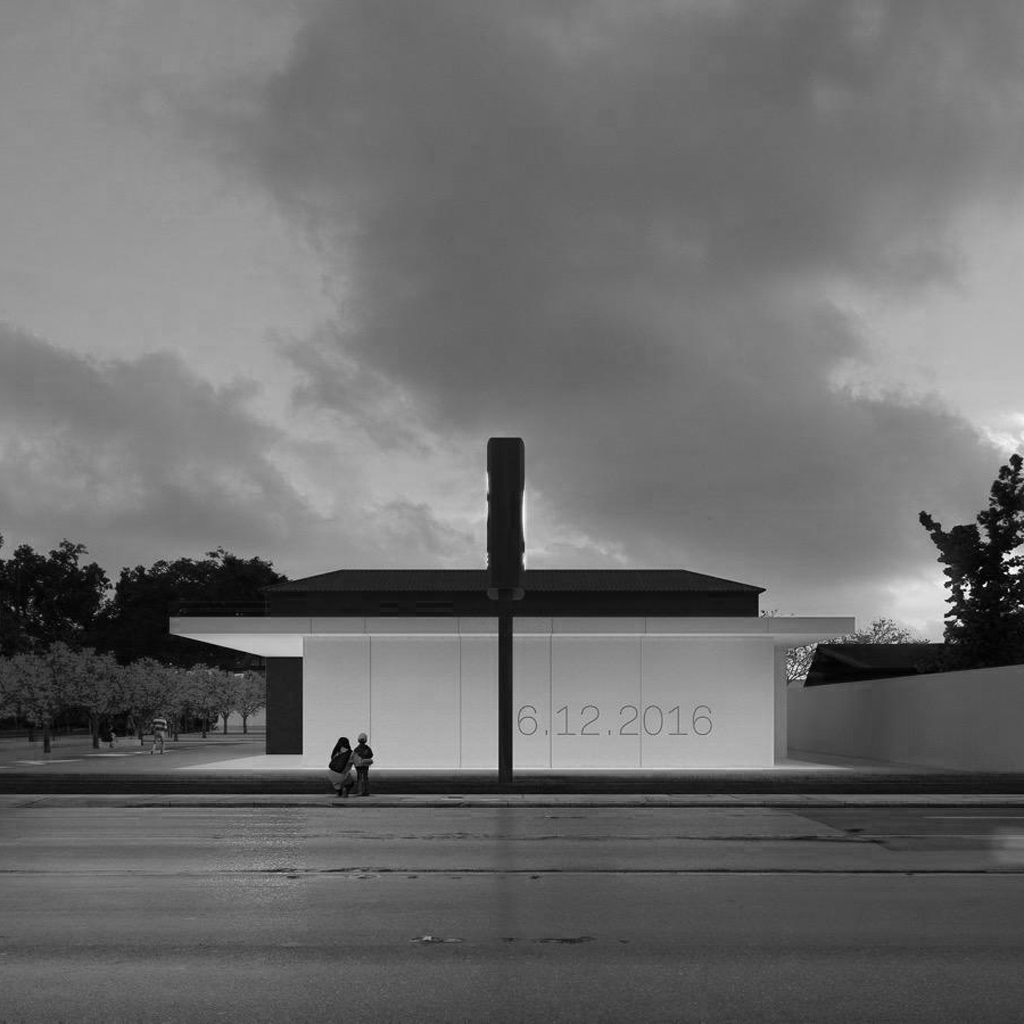 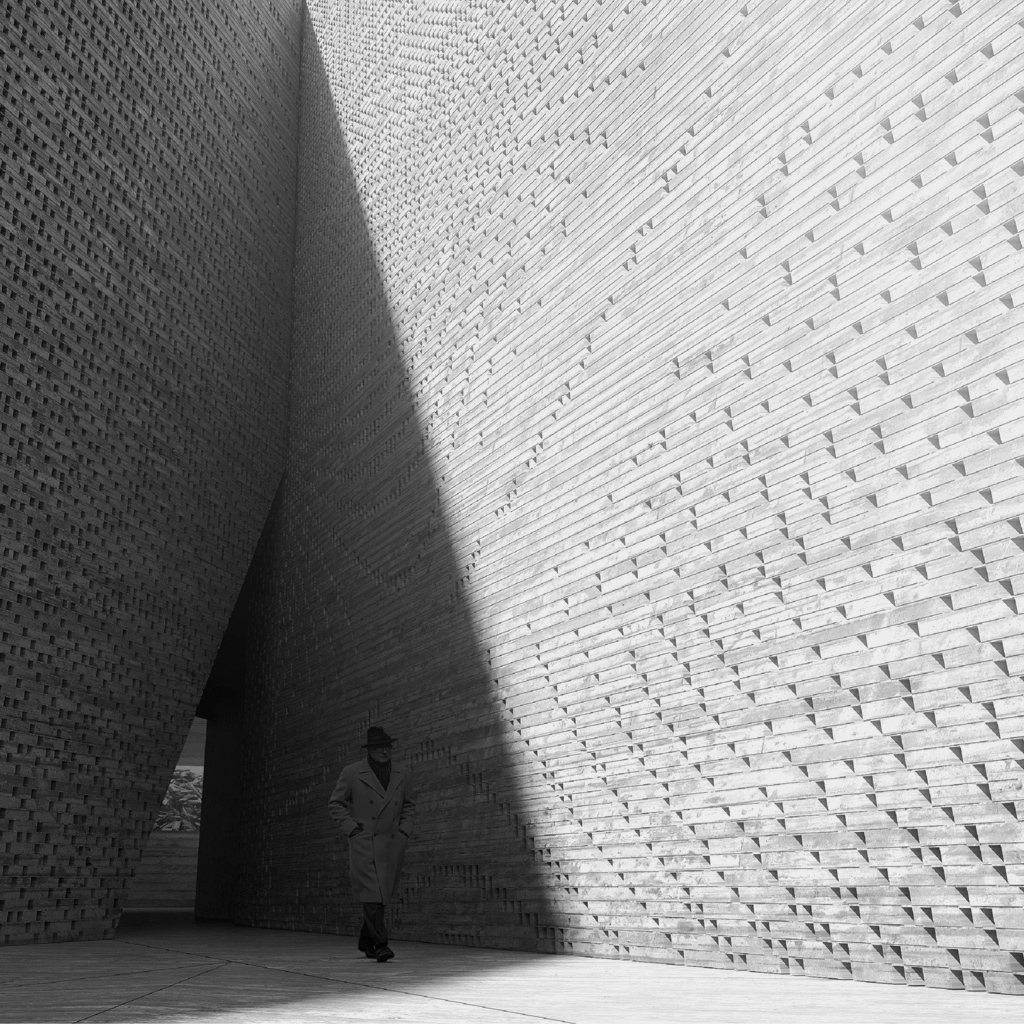 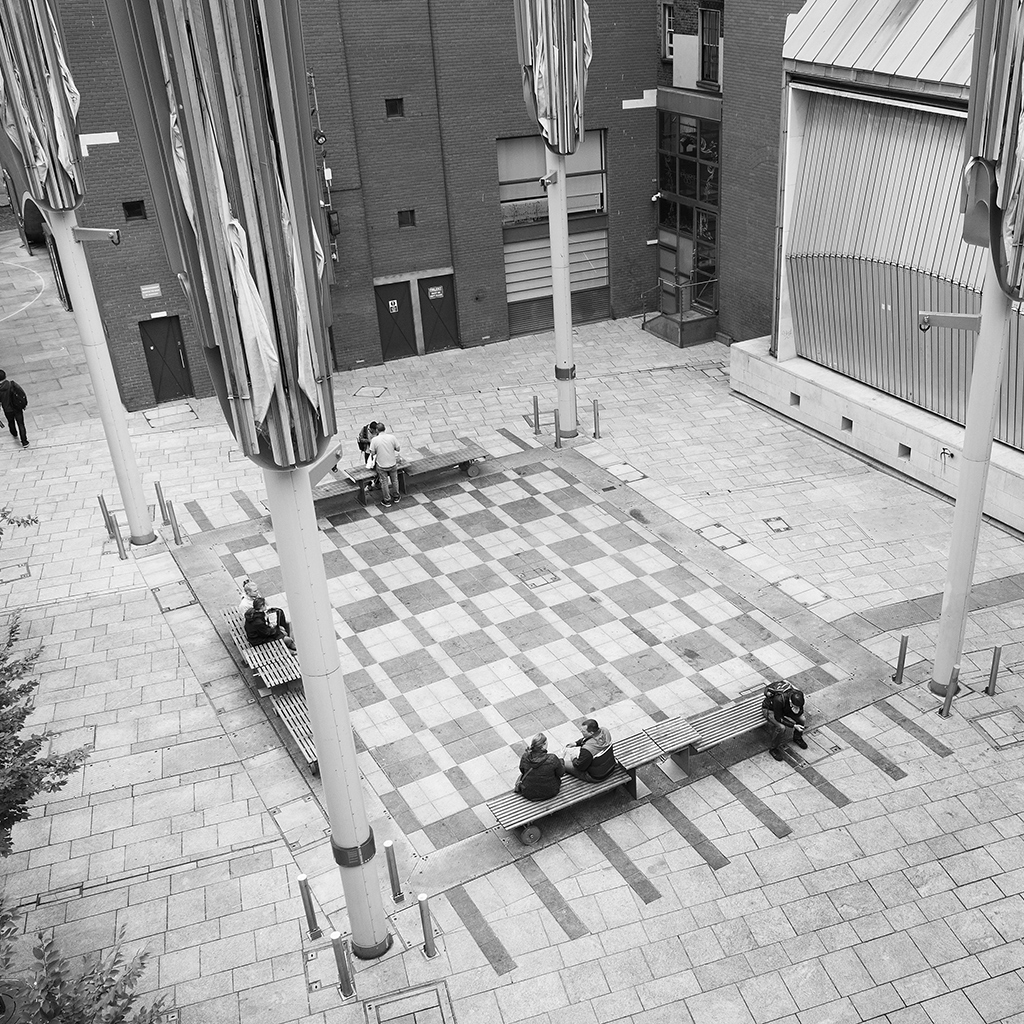 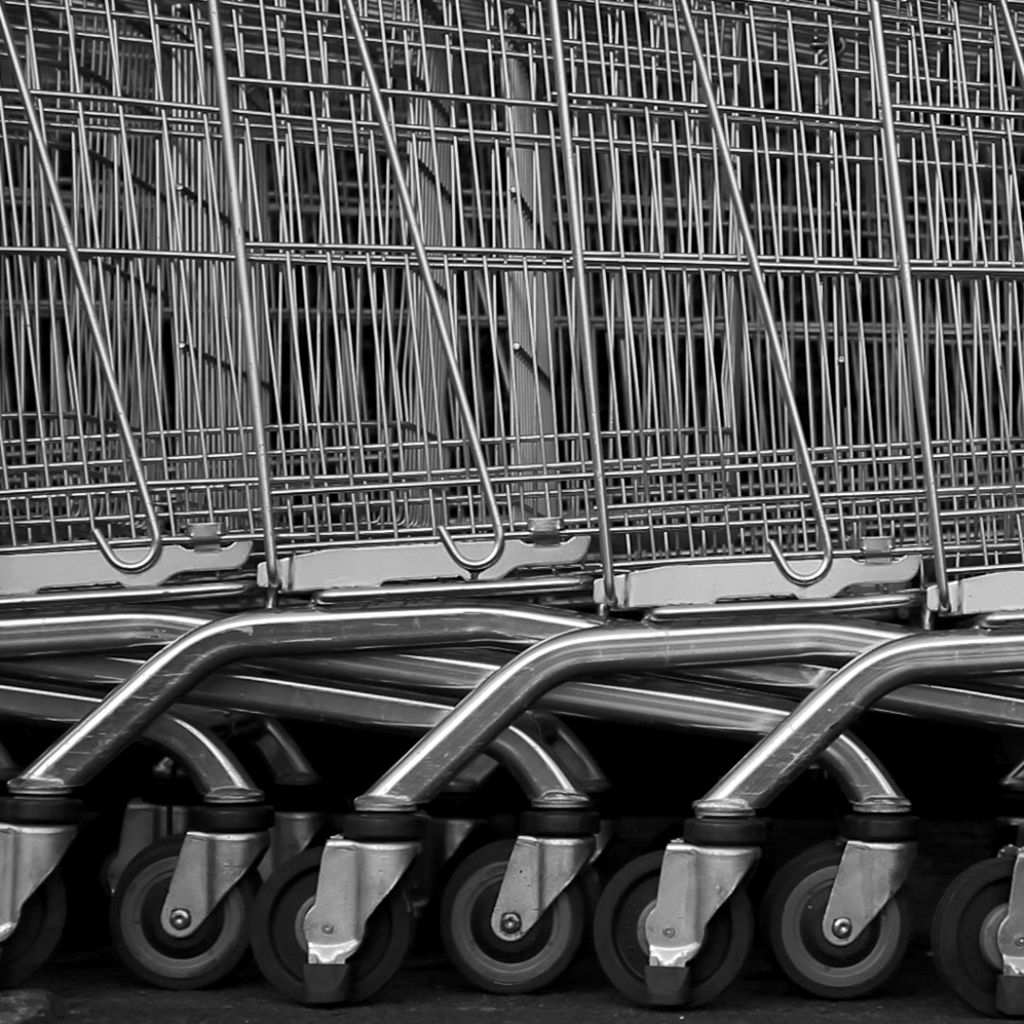 2015: Before the Flood is a film by Sven Anderson and Jennie Guy, created within the public art project Tolka Nights. The film explores a tangled solution to an (im)possible ecological event via a spiralling text adapted from writings by (or about) architects, planners and critics including Jane Jacobs, Rem Koolhaas, Mike Davis, Arata Isozaki, Victor Gruen, Santiago Calatrava, and Robert Moses. This contradictory narrative collapses a multiplicitous universal river upon the river Tolka (which passes through Dublin, Fingal, and Meath counties in Ireland), questioning the sanctity of place-bound narratives and the specificity of local landscapes. The film is narrated by the Irish architect and environmentalist Duncan Stewart. Vimeo password available on request. 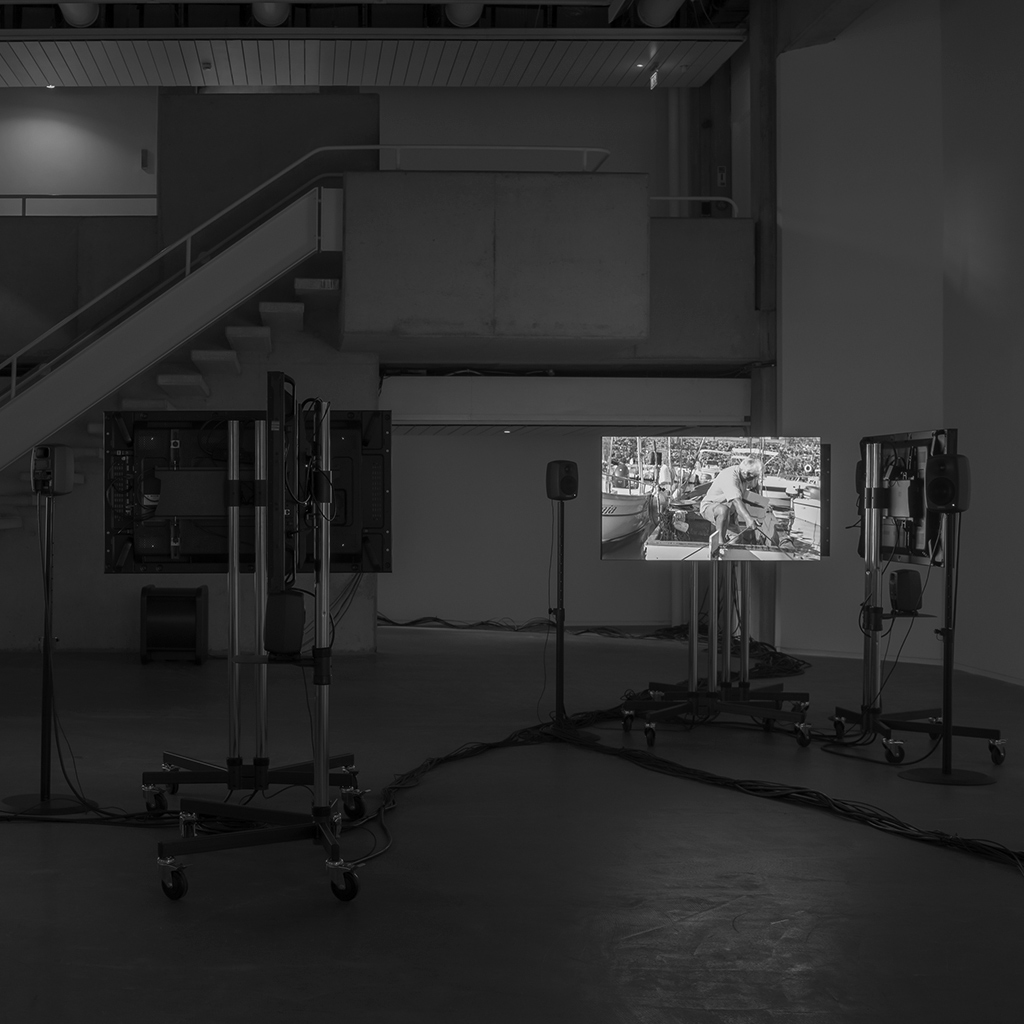 2018 - 2019: A Visibility Matrix proposes a condensed counterpoint to the migratory, hyper-networked nature of visibility in contemporary culture by conjuring an offline matrix of video material presented in the gallery space for communal observation. Initiated by Sven Anderson and Gerard Byrne, the artwork speculates on an alternative to the composite formed by subject + smartphone + online-video-sharing-platform that has come to represent the current standard of visibility. It gathers content through an associative network of collaborators including artists, visual anthropologists, cinematographers, documentary filmmakers and others from across the globe. By shifting focus from the production of images for sharing online to their reception in a shared, fixed-time spatial context, A Visibility Matrix offers another window on visual excess, confronting its own situated spatiality in order to reflect the more universal conditions that it addresses. A Visibility Matrix has been exhibited at The Douglas Hyde Gallery, Dublin (2018); Le Printemps de Septembre, Toulouse (2018); Secession, Vienna (2019); and Void, Derry (2019). 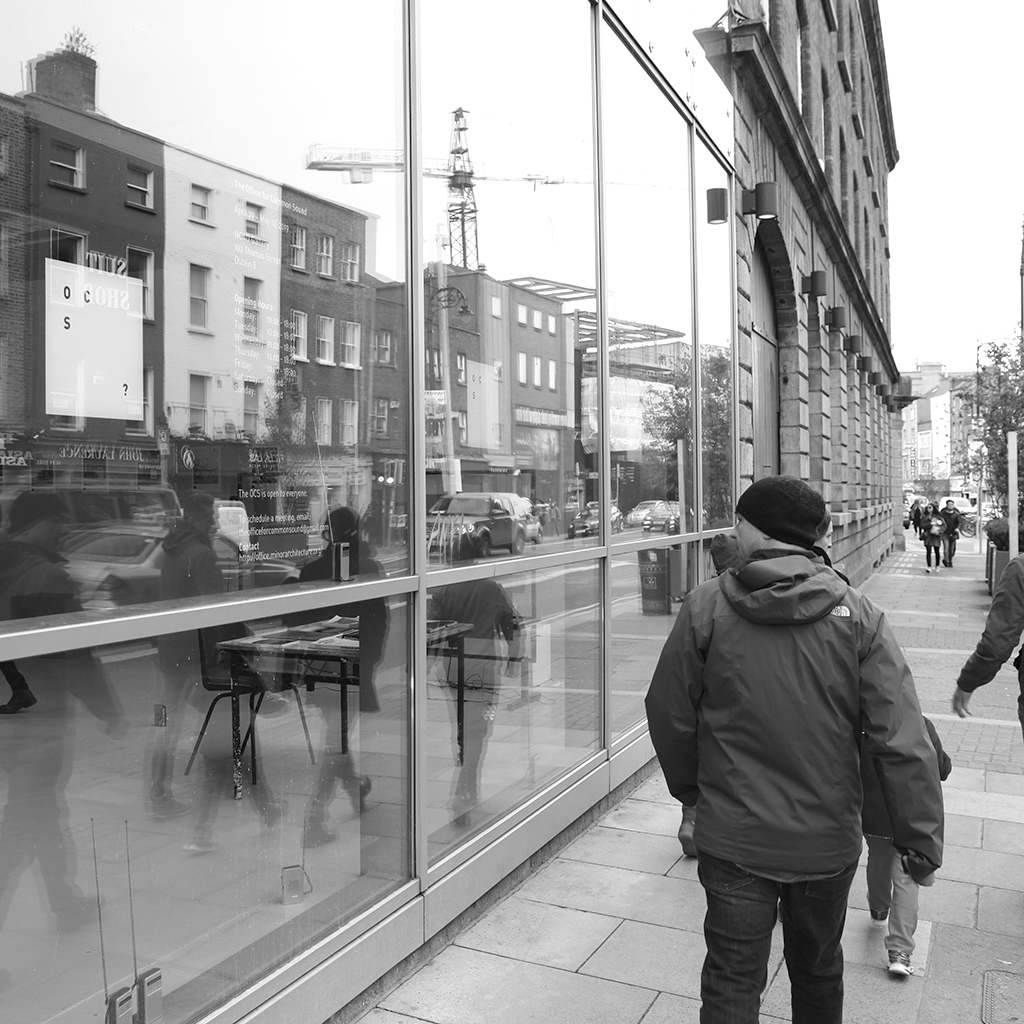 2019: The Office for Common Sound (OCS) is a nomadic project space devoted to researching the role of sound within different communities. The OCS occupies street-front properties for durations ranging between two weeks to two months, using this concise timeframe to generate specific outputs in response to its surroundings, through methods developed in cooperation with a range of participants. The OCS at NCAD Gallery was open between April 29th and May 12th, and was developed in collaboration with Dominika Goralska, Colm Keady-Tabbal, Mateja Šmic, and Christopher Steenson. 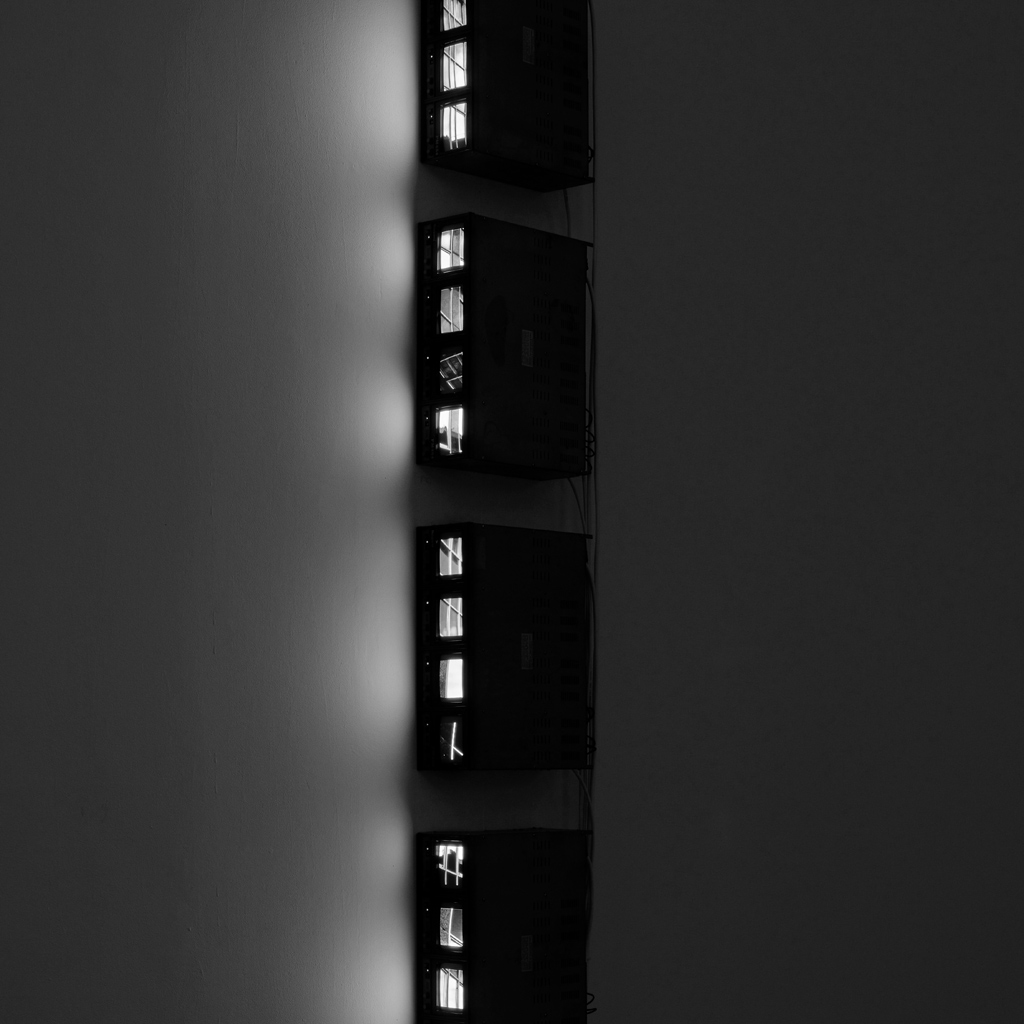 2018: When I go home, I cut through is a multichannel video installation first presented in Field Recording, an exhibition of works by Mit Jai Inn and Sven Anderson that explores how we position ourselves in order to observe and react to complex events and stimuli that unfold around us. Field Recording was curated by Jennie Guy and took place at Rua Red Arts Centre in October - December 2018. When I go home, I cut through is in the permanent collection of The Arts Council / An Chomhairle Ealaíon. 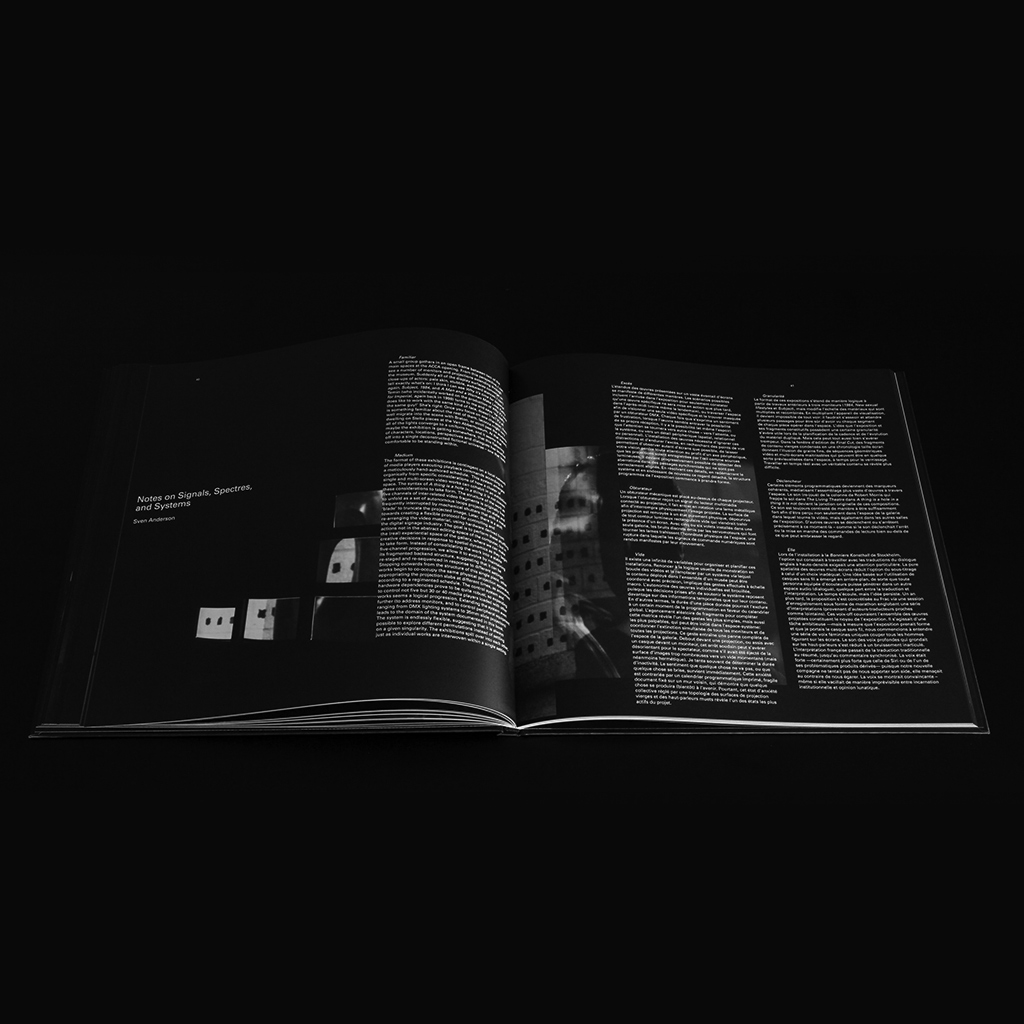 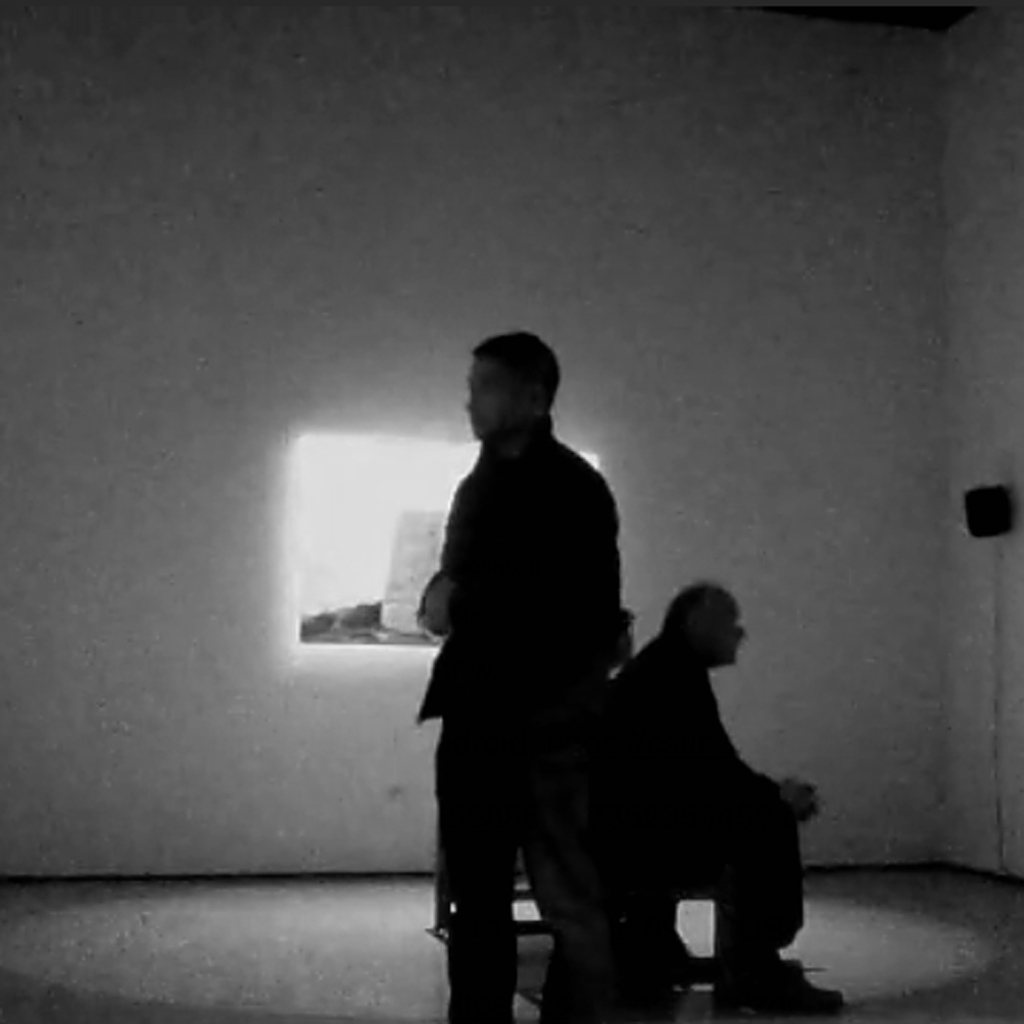 2017: Stone Sounds - 4000 Years at Sinop Kale. The Stone Sounds exhibition explores a layered approach to sound, archaeology, and sense of place, focused on four locations in Sinop, Turkey. The project evolved as a collaboration between archaeologist Dr. Owen Doonan, artists Sven Anderson and Erkan Akliman, and exhibition design students at California State University Northridge. It was presented at the CSUN Gallery in Los Angeles (February 11 - March 2) and restaged at The Explorers Club in New York (May 4 - 6). Image: Screenshot of live feed documenting the Los Angeles opening. 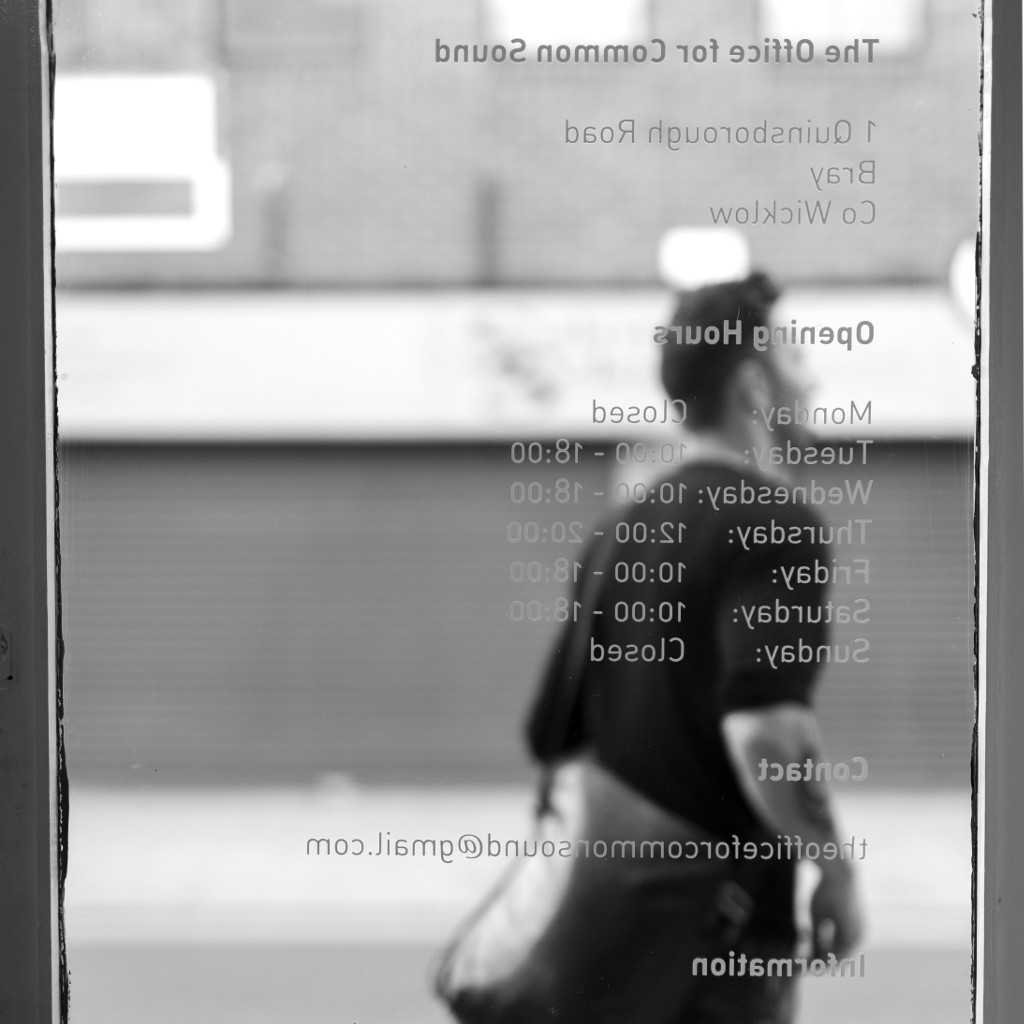 2016: The Office for Common Sound opened its doors for the first time between May - June 2016, sited on Quinsborough Road, Bray, County Wicklow, Ireland.

The Office for Common Sound (Bray) 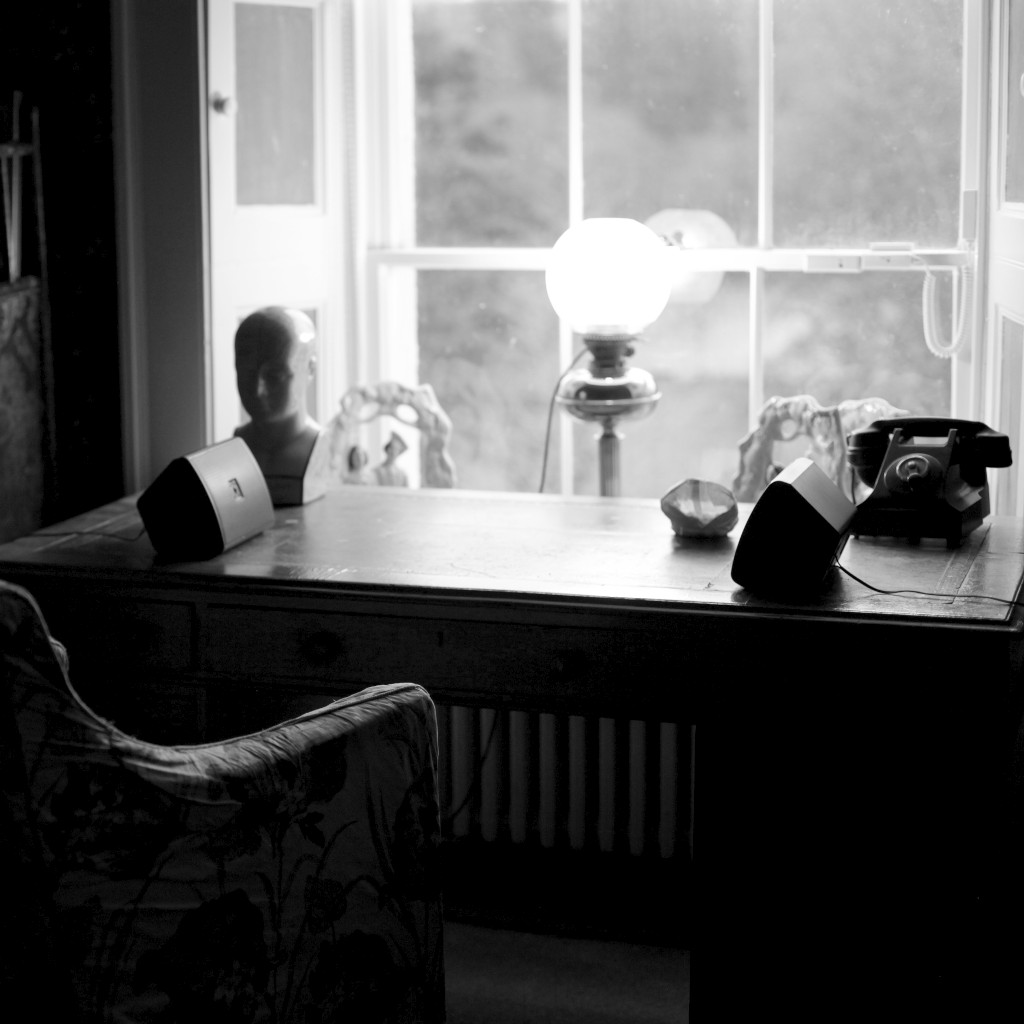 2015: Near and Far is a four-channel sound installation set within Derek Hill's private study, commissioned within the exhibition Years of Pilgrimage curated by Eilis Lavelle and organised with Orla Mc Hardy and Adrian Kelly. The exhibition includes a re-staging of Derek Hill's Collection in Glebe House and an accompanying temporary exhibition in Glebe Gallery. The event also features new commissions by Ian Gordon, Orla Mc Hardy & Stephen Vitiello.

Ongoing: The Manual for Acoustic Planning and Urban Sound Design. Pictured is one iteration of the project icon, based on locations of ambient noise monitoring stations extracted from a map of Dublin in 2013.